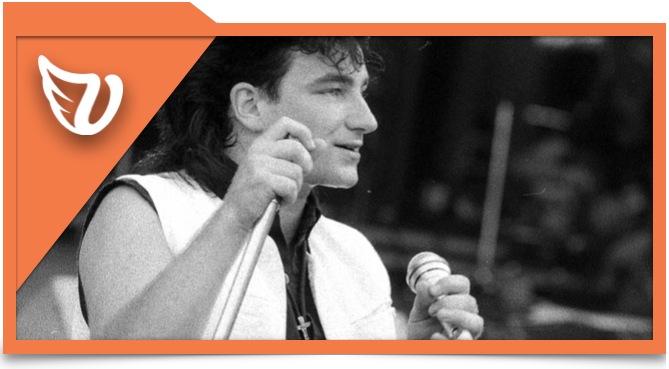 Big ideas have power. What big idea powers you?

I’m not limiting this concept to a new business notion, or a new technology. Rather, I’m thinking of something that you would find personal.

When an idea is personal, it has more staying power. It sticks to you. It becomes persistent.

It might be an idea that – on its surface – is considered inconsequential by others. Ironically, this would make it more attractive to you, for it would be uniquely yours, and yours alone. It would be your glimpse of an opportunity that only you could envision.

To me, the idea of marriage provides a good example. More specifically, a marriage where the couple sees it as a true sacrament – something bigger than themselves. They choose – as their combined personal big idea – to involve a higher power. (A triumvirate, if you will.) Whether the couple is Christian, Jewish, Muslim or Hindu, if their marriage concept invites the “glue” of a special third party, the couple is often happier. And stronger.

Another completely different example comes from my own career experience. It involves my college internship at an ad agency called Fallon McElligott (now known as Fallon).

At the time of Fallon’s launch, there were – as there are now – thousands of competing ad agencies. The vast majority of them struggled for recognition and survival during a dreadful economy. This new Fallon team, however, envisioned an idea bigger than itself.

When other agencies saw the poor economy as a serious threat, the Fallon team saw opportunity. Its idea was to offer the industry’s smartest and most creative advertising. Period. Even if it meant turning clients away. Its unwavering commitment powered it to become “Ad Agency of the Year” within five short years. Additionally, it quickly collected prominent clients such as Porsche, Lee Jeans, Federal Express and Rolling Stone.

For a Midwest-based agency that competed against advertising heavyweights on both coasts, this success was unprecedented. Additionally, it became, and remains, a career highlight for many of the employees that were there.

My final example relates to the band U2. As I mentioned in a previous post, U2 has been nourished by the same four members for over 35 years. They remain friends and continue to produce music that is relevant to a broad audience. Their achievement is unparalleled in modern music.

Did U2’s enduring success happen by mistake? I argue that it was not by mistake but, rather, by their commitment to an original big idea that powered and guided their success.

In U2’s case, their idea was that they could deliver a message of hope within an alt-rock and punk music context. They viewed themselves as channeling an uplifting message, in their own authentic way, to a dysfunctional and broken world.

U2’s personal and unified connection to this idea, in my view, powered a growth that went far beyond what they could have accomplished as individuals.

Absorb what’s around you. Heighten your senses. Discover an idea that provides meaning beyond yourself. See where it takes you.