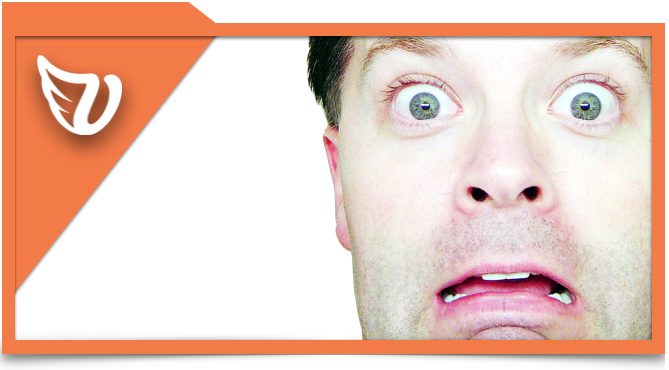 Let me tell you a secret:

And know what? That’s not always a bad thing. That’s part of the secret.

Entrepreneurs don’t need to know everything when they start a business. And, in fact, maybe they shouldn’t. A little naivete can be positive thing.

In certain situations, it’s good for neophytes to not know what they can’t yet do, or what to expect. If they knew these things in advance, they wouldn’t even try.

So, then, how do many new entrepreneurs succeed?

What they do have is a burning desire about an idea. It’s something they can’t shake. Not because they’ve got a hold of it, but because it’s got a hold of them.

Their idea doesn’t need to be specific, like a unique website concept. It can be more general, like a self-concept of always needing to create things.

This focused desire overpowers their mistakes and feelings of stupidity. It also helps them learn faster. Based on my own entrepreneurial experience, I believe that they learn five times faster than those who don’t have this desire. This means that the entrepreneur takes one year to learn what a non-owner would learn in five years.

Additionally, because of this desire – when faced with obstacles – they can get highly creative.

I’m not talking about run-of-the-mill creativity here. I’m talking ultra creativity — in a sustained way — that only a business owner can understand. It’s creativity that’s applied with focus, energy and commitment.

These three elements form a dangerous combination; dangerous because it can solve problems, and see pathways, that most non-owners can’t.

Non-entrepreneurs rarely get the true freedom to power through mistakes when working for others. Many corporate innovation programs give a good talk about allowing mistakes. In most cases, however, they can’t really allow it to the degree that’s necessary.

So, in summary, you don’t need to know everything to move forward.

What idea has a hold on you, that you just can’t shake? With a little introspection, it could be your vehicle for career independence and the seed of your genius. Each of us has it. You just have to dig it out.