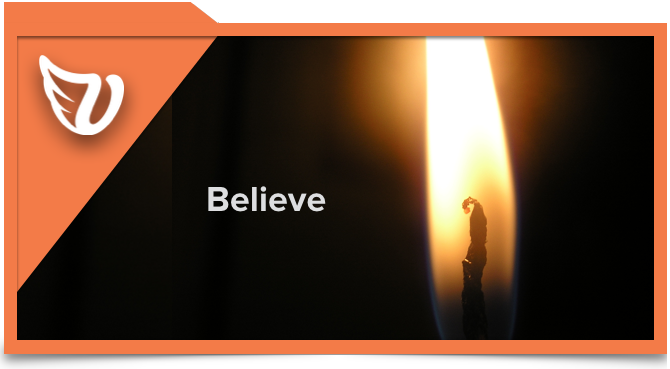 The older we become, however, the more we lose trust in some empowering beliefs. Over time, they get kicked around, bruised and worn. Cracks appear. Doubt seeps in, which limits us.

Instead, take inventory of your past empowering beliefs. Sort through the trash of self-doubt, negative emotions, half certainties and naysayers. Consider re-believing in something that was once important to you, but became infected with doubt. Dust off that once empowering idea. Choose to believe in it. Again.

Whatever it is: believe.

Keep it to yourself (or, if necessary, to one or two supporters). Publicly announcing the belief will instill doubt among some around you, which could re-infect you.

Instead of seeing to believe, believe so that you may see.